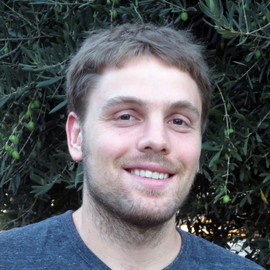 I fell in love with scientific research at the age of 16 in the Morse Lab studying gene regulation. As a graduate student under the guidance of Prof. Leonid Mirny, I began studying cancer evolution. I argued that tumors harbor many deleterious passenger mutations that are harmful to cancer cells, yet nevertheless accumulate and can induce tumor dormancy. These mutations may be exploitable by existing therapies, including those that target heat shock pathways and the proteasome.

As a postdoc in Dmitri Petrov and Monte Winslow’s groups at Stanford University, I co-developed TuBa-seq: a Genetically-Engineered Mouse Model (GEMM) that combines Tumor Barcoding with multiplexed CRISPR/Cas gene editing and next-generation DNA sequencing. We tracked cancer progression with unprecedented precision and genomic-comprehensiveness in vivo and discovered a rugged fitness landscape of interactions among cancer-causing mutations.